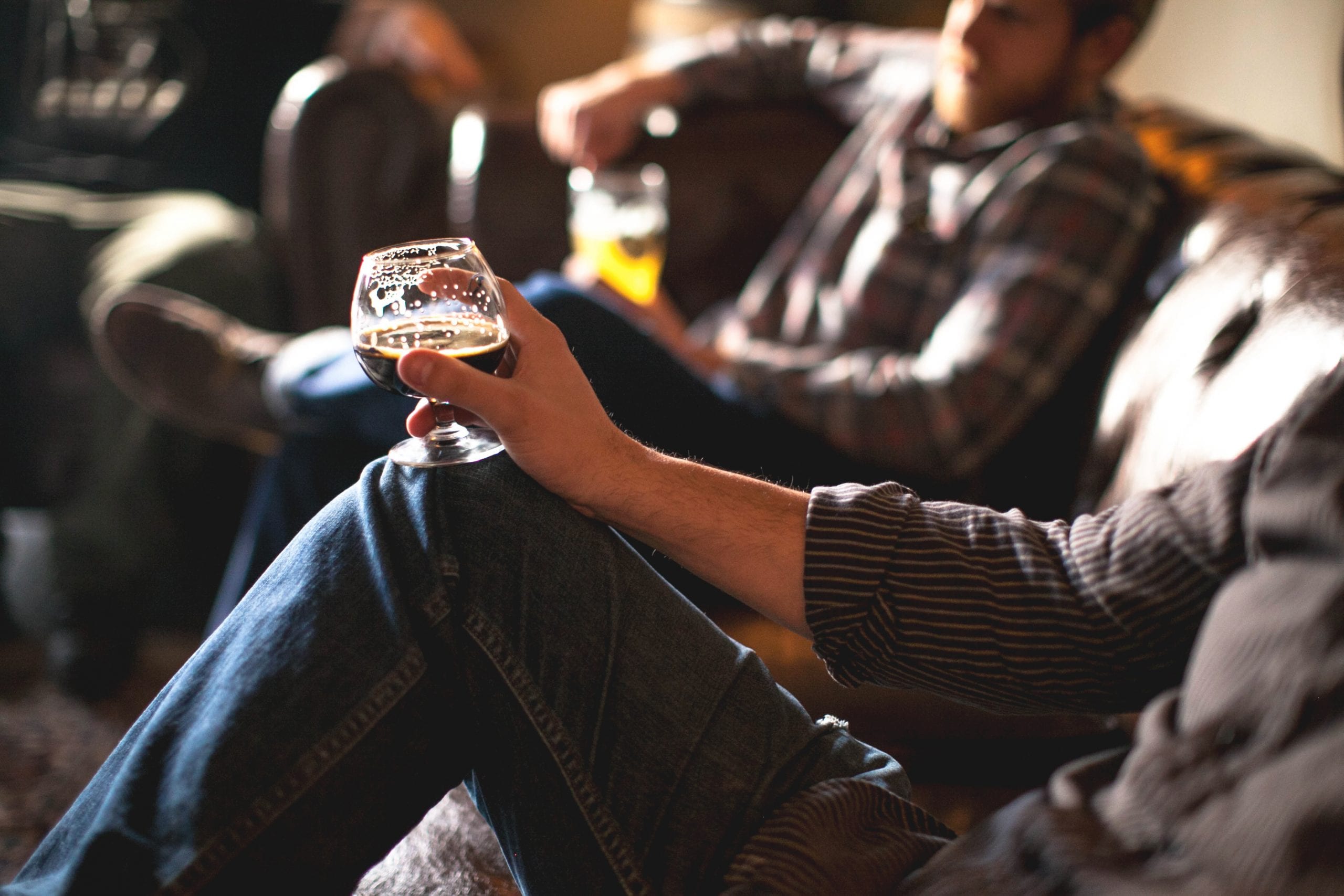 Along Virginia’s Shenandoah Beerwerks Trail, you can taste some of the best craft beer in the country. From the breathtaking views to the food pairings to the tours and on to the creativity of the names of the beers themselves, there are endless ways to have the “hoppiest” of experiences at 15 breweries across the Valley. While a lot goes into creating the perfect brew in the most interesting surroundings, there’s sometimes even more work put into coming up with the perfect beer name … something that piques interest and makes visitors want to take a taste. 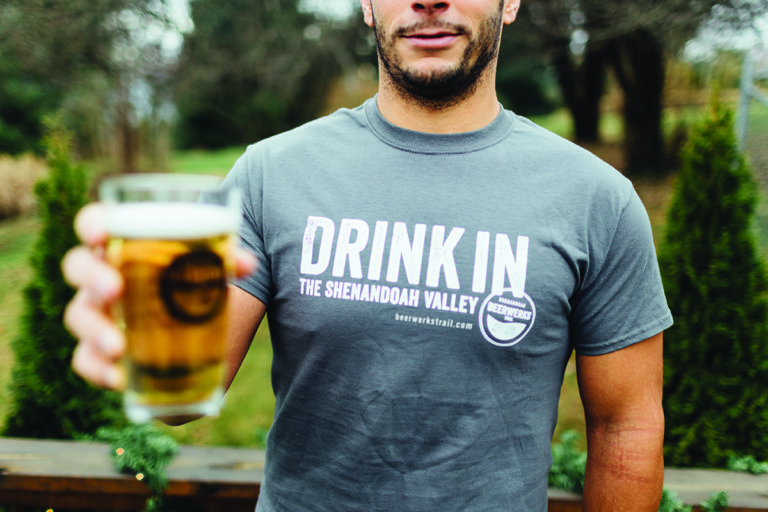 But don’t stop there. Explore more of the Valley on the Shenandoah Spirits Trail, which features several breweries as well as wineries, cideries and distilleries in the northern portion of the Valley, from Harrisonburg to Winchester/Frederick County.

Here’s a look into the stories behind some of the craziest beer names in the Shenandoah Valley. Cheers!

“Brehfuss,” a blonde coffee stout, was born out of owner Shawn Gatesman’s desire to experiment with blonde-colored beer with stout-like characteristics. This first attempt was inspired by how Gatesman likes his morning coffee – with vanilla – so he thought the name needed a breakfast theme. For him, there was only one choice. When Shawn was a kid, he idolized his Uncle Eddie, who loved the outdoors – particularly fishing and hunting. When Uncle Eddie came from Pittsburgh to hunt, he stayed with Shawn’s family. Early in the morning he would come to the kitchen, before he put in his dentures, and ask Shawn’s mom, “Jeanie, what ya cookin’ for brehfuss?” Shawn says this is how “breakfast” sounds without your teeth in … or least that’s how he remembers it. So “Brehfuss” was born, and is easily one of the brewery’s most popular beers. The Friendly Fermenter is Harrisonburg’s first brew-on-site brew shop and nanobrewery.

Its name spurs from Azeotrope’s very definition – a mixture of two liquids that has a constant boiling point and composition throughout distillation. This lager-forward brewery’s name — Seven Arrows — references the creator, the earth, the four directions, and back to the creator. It all comes together with the logo of the compass rose, which signifies the four directions and the four main ingredients of beer. One of 12 true-to-style beers on tap, Azeotrope is inspired by the fruity and juicy characteristics of the New England Style IPA – bursting with hop flavor and aromas of grapefruit, passion fruit and stone fruit.

The flagship Devils Backbone Brewing Company in Roseland, Virginia, was such a success that it required an outpost facility to keep up with production. And at that outpost they’re all about brewing true-to-style beers that focus on the tasty traditions of Germany, England and Belgium. Cattywompus, a Belgian-inspired IPA with tropical, pineapple and hop notes, brings and melds different and at times dissimilar flavors and techniques together in a wonderfully crazy manner. Cattywompus, which means “askew or crooked,” is a term that was often used by brewery founder Steve Crandall, who’s a builder by trade. The name of the beer changed twice before Crandall settled on Cattywompus. He thought that with the unpredictable nature of the beer and the rigmarole of finding a new name, Cattywompus seemed to be the perfect fit.

Tommy Two Fists
Devils Backbone Outpost Tap Room & Kitchen
Lexington, Virginia
Tommy Two Fists is a derivation of a beer that was first brewed in Alexandria, Virginia, in 1999. It was then called Mickie Two Fists and was a gourmet malt liquor. The style was later changed to an export lager with smooth and biscuity notes. The name also includes “Two Fists” because the brewers felt people would want to drink at least two of them in a row. You can do so here in the Outpost Tap Room & Kitchen, which is located on a beautiful hillside with the Blue Ridge serving as a backdrop.

Stable Craft Brewing is a working horse farm that also grows its own Cascade and Nugget hops. Britchin Brown is Stable Craft’s flagship, award-winning American Brown. In the horse world, a britchin strap is a piece of tack; its function is to keep a saddle in place when stopping and going down hills. The beer has a dark brown hue brought on by roasted malts and finishes with a slightly sweet, chocolaty and nutty profile. Britchin Brown is distributed in the markets of Harrisonburg, Charlottesville, Waynesboro, and Staunton, Virginia, with plans to be available in other markets in the near future.

FUmpkinstein and Madracula Blood Orange IPA
Stable Craft Brewing
Waynesboro, Virginia
Stable Craft Brewing invites guests to relax and sample 16 beers in its tap room. But two seasonal Halloween varieties are designed to put you just a little on edge. FUmpkinstein is a variation on the brewery’s FUmpkin Ale, but it brings that familiar pumpkin beer up a notch with notes of spicy rye, oak and vanilla to complement the seasonal spices. Briefly aging in rum barrels with the addition of a gratuitous amount of blood orange spins this IPA into a new monster. Madracula Blood Orange IPA has notes of spun sugar, rum and tropical guava with a punch of blood orange. Both beers are available in limited bottle release in the tap room starting September 25. Beware, though: these seasonal favorites are sure to give you goosebumps.

Nothing Nice to Say
Siblings’ Rivalry Brewery
Strasburg, Virginia
All the beer names at Siblings’ Rivalry Brewery derive from family members, events, sayings or phrases. The sibling rivalries that homebrewer Kyle Slonecker experienced while growing up are reflected in his bountiful selection of family-inspired brews. The brewery’s Nothing Nice to Say is a take from “If you have nothing nice to say, then say nothing at all.” Or, as his mother used to say, “If you have nothing nice to say, come sit next to me.” This sour ale is one of several play on beer titles at the nano-brewery. Others include Step Child, Cry Baby Belgian IPA, Don’t Tell Mom, Spoiled Brat, and Tag You’re It.