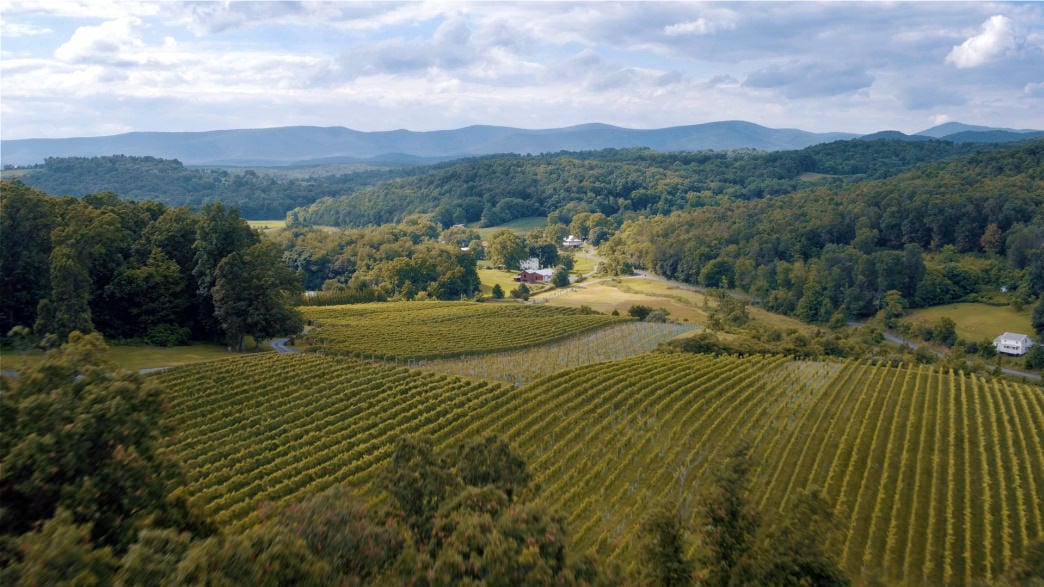 It took Randy Phillips four to five years of research before deciding to open his vineyard in the Shenandoah Valley. Coming from a background in agriculture, the Florida-native was intent on finding the right spot to take on the challenge.

“The saying goes that you can’t make good wine from bad grapes,” he says. “I focused on the agriculture.” His research determined that the Shenandoah Valley had just the right conditions—a soil with just the right PH and a relatively low rainfall that was ideal for growing grapes. He opened Cave Ridge Vineyard in Mount Jackson, Virginia, in 2000, followed by a tasting room in 2005.

“There’s been tremendous growth in the region since then,” Phillips says. “A lot of people have figured out that this area is a great place for a vineyard.”

Cave Ridge is just one of nearly two dozen wineries that make up the [Shenandoah Valley Wine Trail](oenophile). While wine making in the region dates back as far as Thomas Jefferson’s day, in the last two decades it has become one of the most talked about wine-producing areas of the country, winning both critical reviews and attracting oenophiles to the region to sample the local creations and enjoy the incredibly scenic surroundings. (For those who enjoy craft beer, cider and distilled drinks, the Shenandoah Spirits Trail highlights those options in the region.)

Just a few hours west of Washington, D.C., the picturesque region makes for an easy getaway, with Civil War battlefields, antebellum plantations, unique inns, antique shops, B&Bs, and creative farm-to-table restaurants to explore. Plus there’s the draw of the Valley’s natural beauty amid the backdrop of the Blue Ridge Mountains and Shenandoah National Park. A trip along the wine trail not only allows you to sip some incredible wines, but it provides an immersive experience to enjoy.

“Wine grapes grown on small estates offer the potential to produce something of exceptional quality, by which I mean something non-industrial; something purely local,” says Sally Cowal, who along with her husband Robert Muse opened the Woodstock, Virginia-based Muse Winery in 2006. “Something that channels the place of production, everything from the geology to the weather to the methods employed in the vineyard—into a ‘something’ that is great wine.”

Each winery offers something unique, from its varietals of grapes grown to its tasting room offerings. Some offer food along with the wine, live music, and tours of the facility. You’ll find others paired with local inns or B&Bs to create a weekend getaway. But each vineyard pays serious attention to the business of winemaking, which is why the region has grown so much.

“The climate here is similar to the Loire Valley,” says Phillips, referring to France’s famed wine-making region. “We’ve attracted people who want this region to be regarded with a similar reputation.”

Taste for yourself just how far this region has come. Below are just a sampling of some of the vineyards to explore as you make your way through the Shenandoah Valley.

Barren Ridge: This winery in Fishersville, Virginia, is owned by John and Shelby Higgs, and the property was originally purchased in 1934 by John’s father James Higgs, an apple grower. They would eventually clear the overgrown apple orchard to start their vineyard, and the old apple packing barn was transformed into a state-of-the-art winery, tasting room, and event facility, using reclaimed wood and preserving the charm and character of the original building. Making wines since 2007, Barren Ridge is generally known for its dry European winemaking style.

Bluestone Vineyard: Located in Bridgewater, Virginia, Bluestone was built on the footprint of an old barn that dates back to the 19th century. While the barn was not salvageable, some of its wood and stone were repurposed into the new modern building. High on a hill, the tasting room features a wide patio where you can enjoy outstanding views of the Blue Ridge Mountains. The vineyard, overseen by head winemaker Lee Hartman, produces some of the most true-to-form Bordeaux-style wines in Virginia. At the tasting room, visitors can sample more than 20 different wines, including reds, whites, sweet wines, and reserve wines.

Cave Ridge Vineyard: Phillips’ Cave Ridge Vineyard is family owned and operated—as you’ll find most of the wineries in the Shenandoah Valley. It produces wines that emphasize the fruit character of the grape using a minimalist approach to winemaking. Cave Ridge also adheres to sustainable farming practices in order to promote a healthy ecosystem for future generations. Varieties include reds like the Fossil Hill Reserve 2011, a Cabernet Franc, Petit Verdot and Chambourcin blend, to whites like La Petite Traminette and Riesling 2013, a Virginia Governor’s Cup winner.

CrossKeys Vineyard: Opened in Mt. Crawford, Virginia, in 2008, CrossKeys features a wide selection of wines in addition to food in its tasting room. You’ll find panoramic views of the valley and surrounding mountains at the Tuscan-style facility. The winery is known for its Chardonnay, Merlot, Pinot Noir, and Fiore, a Cabernet Franc/Chambourcin blend.

Briedé Family Vineyards: This brand new certified organic winery just north of Winchester harvested its first grapes in the fall of 2017. It is committed to practicing sustainable and biodynamic farming techniques, and it offers plenty of educational opportunities about its farming process. The wines are focused on two grapes: Arandell, a red grape that is densely colored with light-to-moderate tannins and exhibiting notes of dark berry fruit and tobacco; and Cayuga, a white grape cross between Schuyler and Seyval Blanc.

Muse Winery: Just three miles east of the charming town of Woodstock, Muse is sits on the banks of the Shenandoah River. The winery is known for its classic wines based on the French domaine system used in the Bordeaux and Rhone valleys. It produces Rhone grapes Marsanne, Roussanne, for white wines and Grenache, Syrah, Mourvedre, and Petite Sirah for reds. Its 2009 Clio, a Bordeaux-style blend, was named Virginia’s top wine at the 2015 Virginia’s Governor’s Cup.

Ox-Eye Tasting Room: Susan and John Kiers showcase the wines produced on their hundred acre farm in Augusta County at this tasting room in Staunton, Virginia’s historic Wharf district. Built in 1904, this structure had multiple uses in its lifetime—from an office in the coal and lumber business (its original purpose) to a lumber business. After years of vacancy, the historic building was renovated in 2010 and opened as a tasting room in 2011 making the perfect backdrop to enjoy Ox Eye’s version of Cabernet Franc, a grape that is signature to Virginia wines.

Purple WOLF Vineyard: The White Oak Lavender Farm (WOLF) is a unique setting for this winery in Harrisonburg, Virginia. It produces more than 100 products from the lavender grown on the farm, and the vineyard is known for its Cabernet Franc, Chambourcin, and Riesling.

Rockbridge Vineyard: This vineyard in Raphine, Virginia, is the creation of Shepherd Rouse, who purchased a farm in northern Rockbridge County in the Shenandoah Valley, at a higher elevation than most Virginia vineyards and began planting grapes. From this palette, Rouse is able to produce a full spectrum of wines to match a broad range of individual tastes. His motto is “All Virginia, All the time.”

612 Vineyard: This Berryville, Virginia-based winery offers tastings on Saturday and Sunday from noon to 5 p.m., often with live music. You’ll find a wide variety of wines, from a lightly sweet rosé to a dry Chambourcin.

Written by Jeff Banowetz for RootsRated Media in partnership with Staunton.