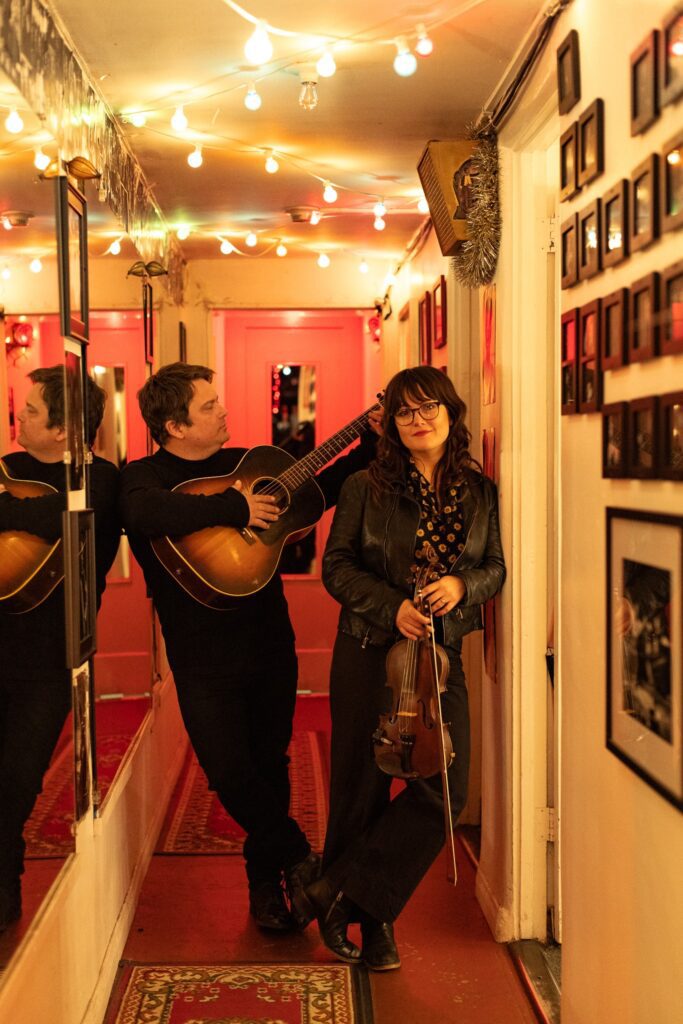 Tickets: $35 advance, $40 door
Time: 6 p.m. doors, 7:30 p.m. show
Show Sponsor: A donation in honor of The Ford Family
Concessions: Food from Sexi-Mexi and Hewitt Jamaican Cuisine, Devils Backbone beer, Bold Rock cider, and a selection of other beer, wine, and beverages will be available for purchase.
About the Artists:
Watkins Family Hour is a collaborative musical project founded by musicians and siblings Sara Watkins and Sean Watkins and traditionally held at beloved Los Angeles club Largo. Since the first Watkins Family Hour show in 2002, the duo has released three studio albums, debuting with their self-titled album in 2015, following with Brother Sister in 2020 and, most recently, releasing Vol. II in August 2022. Sean and Sara recorded Vol. II at Los Angeles’s East West Studios in early 2022 alongside a stacked roster of longtime and new Family Hour collaborators, including Fiona Apple, Jackson Browne, Madison Cunningham, Lucius, Jon Brion and more. As with their debut, the band will tour in support of Vol. II, bringing the Watkins Family Hour experiences to stages far and wide.
As both Sean and Sara continue to work on their own solo music, as well as with their other bands like Nickel Creek and I’m With Her, Watkins Family Hour remains an invaluable resource and respite for them both, offering a familiar but ever-evolving space to test new ideas, meet new collaborators and, most importantly, have a good time doing what they love.
Recently inducted to the East Tennessee Writers Hall of Fame, fiery roots-rock singer/songwriter Scott Miller returned to his native Virginia to tend the family farm while continuing to release and perform new music informed by that rural area, history, and Appalachia. The Staunton native first made a name for himself in the 90s as guitarist, vocalist, and songwriter with the superb pop/rock band the V-Roys before establishing himself as a gifted and eclectic solo artist, first with his ad hoc group the Commonwealth and later on his own. “[Miller combines] the emotional honesty and intelligence of a singer/songwriter with the swagger and enthusiasm of a rock & roller… a gifted and eclectic solo artist.” (AllMusic.com). As seen on tour with Patty Griffin, Robbie Fulks, Paul Thorn, and American Aquarium.