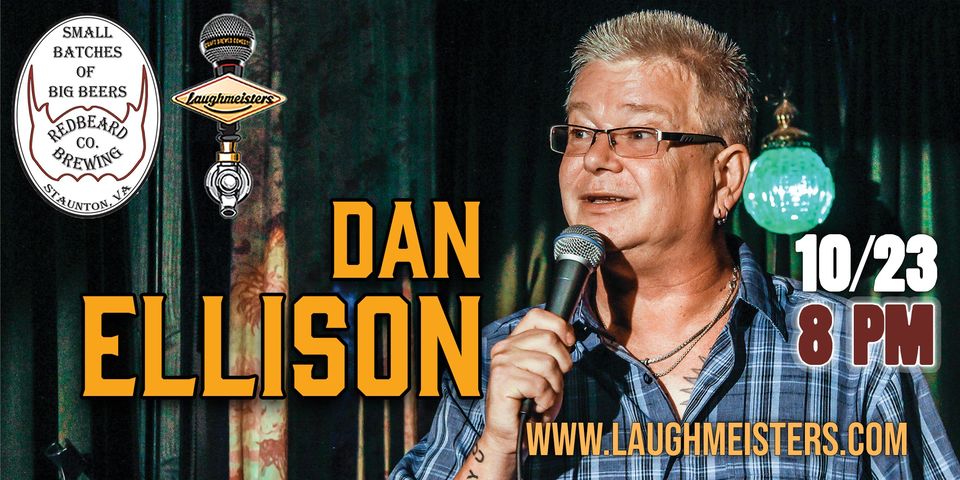 Join us for a night of fun as Laughmeisters teams up with Redbeard for another amazing Comedy Night. Catch the “Educated Redneck” Dan Ellison, feature act Ryan Valentine, and Staunton’s own Daniel Burrows and Khalid Johnson!
Dan has over 1,000,000 miles on the road while performing in 44 states and in over 1,000 clubs across the United States, honing his act to a broken beer bottle’s edge. Previously, Dan has had the privilege to work some of the greats, such as Ron White, Alan King, Jim Breuer, Joe Piscopo, Bobcat Goldthwait, and DL Hughley!
His comedy reflects his experiences growing up in West Virginia, with stories of things he used to do mixed with his personal views on EVERYTHING from politics to women to kid’s toys. If down to earth humor is what you desire, Dan Ellison is EXACTLY what you need!
Tickets $15 online in advance or $20 at the door.
Date