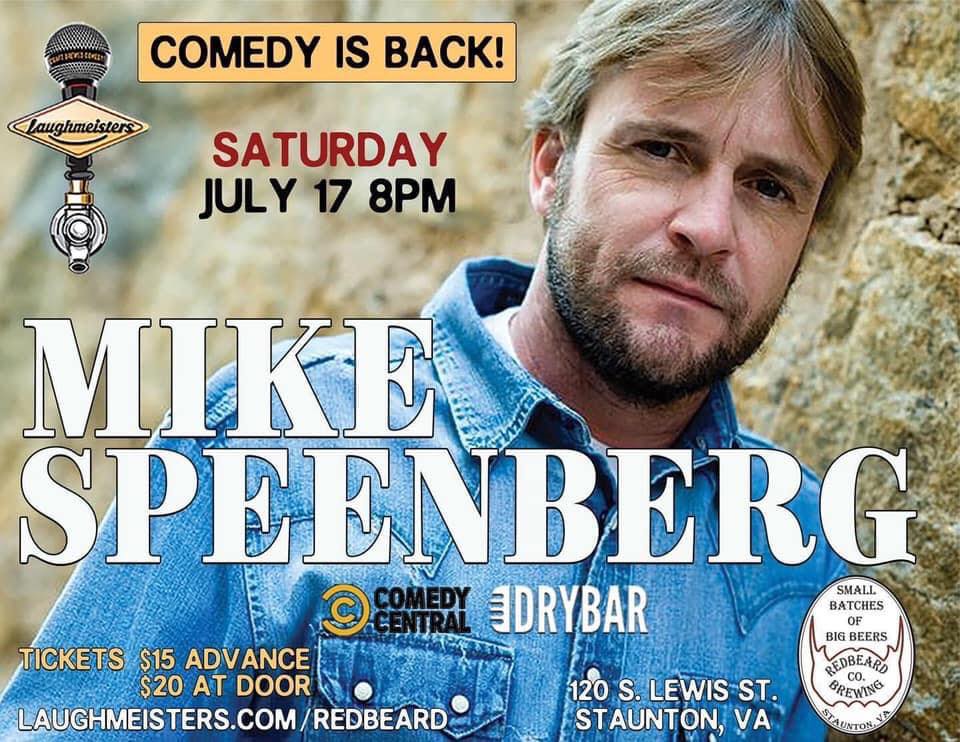 Laughmeisters is returning to Redbeard!! Join us for a night of stand up comedy with Mike Speenberg! Tickets are $15 in advance, $20 at the door.
Comedian Mike Speenberg is funny. He’s performed on 5 different continents, entertained everyone from Hall of Fame Athletes to US Diplomats, shared the stage with everyone from Robin Williams to Bill Burr, and been featured on FOX, CNN, DryBar Comedy, Comedy Central, Pureflix Network, and even Armed Forces Radio.
Mike has also traveled everywhere from Guantanamo Bay, Cuba to Baghdad, Iraq on numerous occasions to perform for the men and women of the United States Military.
Mike’s corporate clients include Carnival Cruise Lines, Lockheed Martin, Mike’s Hard Lemonade, The Chipper Jones’ Foundation, The National Police Working Dog Association, Holland America Cruise Lines, Norwegian Cruise Lines, and the Merrill Corporation.
In 2014 Mike was an International Semi Finalist in Comedy Central’s “UP NEXT” Comedy Competition. In 2016 he was chosen to appear on Pureflix Comedy All Stars hosted by Louie Anderson. Mike filmed his 45 minute DryBar Comedy Special in 2018. It’s been viewed over 8 million times.
Date